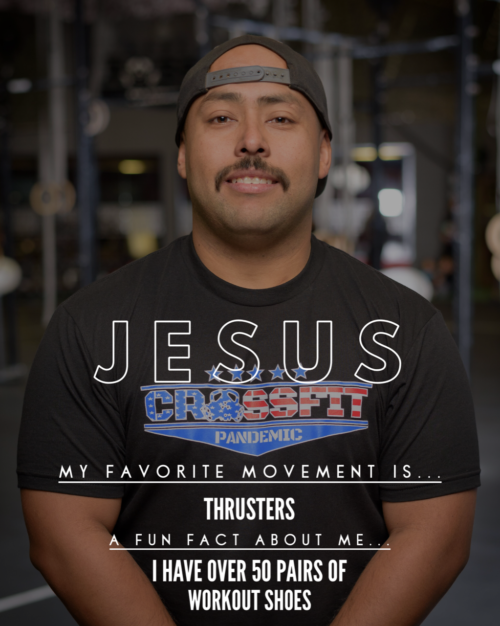 Jesus has been an athlete his entire life; soccer, basketball, volleyball, and baseball were among his favorite sports to play. Grew up playing competitive soccer with his three younger brothers ever since they were little. Jesus played for Norte Vista High School where he led the team to multiple league titles, CIF semi-final appearances, and was part of the All-Star games for all high schools. Upon graduation; Jesus received a soccer scholarship to play for La Sierra University where he played four years and led the team in multiple categories….Jesus was also part of the baseball team during his college career. Graduated from La Sierra University with two Master’s degrees in 2012. Jesus has played semi-professional soccer on multiple occasions in California and Mexico. He was introduced to the Riverside Hall of Fame in 2005.

Coaching has always been a passion for Jesus. Coached multiple soccer teams while in college including his high school team Norte Vista Soccer. Jesus found Crossfit in 2012 while training in the functional fitness area at a local gym. Was introduced to Crossfit by a friend and immediately got addicted. “I’ve always been a competitive athlete and I needed something to keep me going after soccer, the moment I was introduced to crossfit I knew this would be a passion of mine.” Started coaching some classes towards the end of 2012 and right away knew this was something meant for him. Couple months later he became the head coach at KO Crossfit where his passion grew even more. While being the head coach at a Crossfit box, Jesus was also a part time strength coach at La Sierra University.