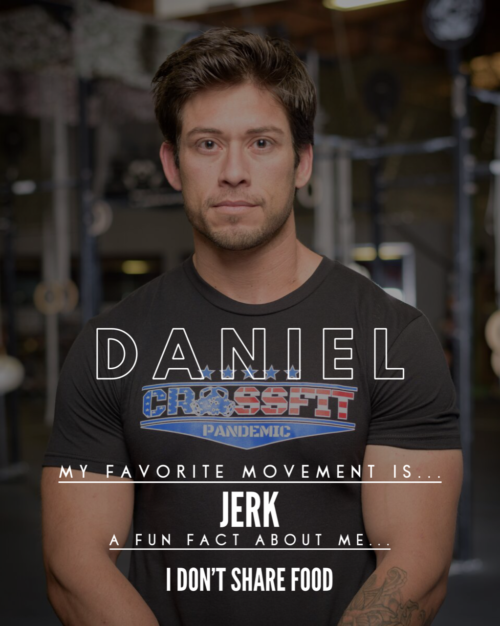 Grew up in the high desert. Played soccer as a kid growing up. Attended Serrano high school, played all 4 years in football. Won a CIF championship in football 2004/2005 season. Also wrestled played soccer and tennis. Received all area and all league awards. After high school stayed active in the gym, was looking for something more challenging and came across Crossfit and became obsessed! Shortly after obtained my level 1 cert and became a Crossfit instructor. I have been addicted ever since!